Last Saturday was one of the most fun in this year so far (and its just start about 2 weeks, so it wasn’t 100% valid) because I finally can met my bestiest since High School after lots of schedule clash and whatsoever.

After change date and place, we finally met at Maxi’s, one of hippest restaurant in Bandung because Mae and his boyfriend were looking for they wedding venue (which tbh, made me feel so old) and Maxi’s quiet popular as outdoor wedding venue. Winull and Oin came one hour late because this place is actually damn sooo far(located at Ciumbuleuit), not as far as Dago Pakar or Cihideung but still far, and the traffic is crazy, especially at weekend. Mae took his boyfriend not just because they were hunting for the location but also to introduce him to us.
At Maxi’s, we ordered some western menus, and my favorite is they Tuna Salad, it was seriously yummy! We also ordered ravioli and other pastas, also chicken steak and kind of Beef, Lamb Chop, and Chicken Steak in one plate which also delicious, but nothing can beat the Tuna Salad. The service is so so honestly, we must called the waiters a couple times before they came, and while Mae and her BF want to ask about the venue, the marketing didn’t show up until we leave the restaurant. I know they probably busy because there are a wedding party and birthday party at the same moment that day, but still…It’s like they didn’t care too much about their costumers *or potential costumers*. At first I impressed with their place and their private room, but maybe my perfectionist Japanese bosses wouldn’t like the service, so I pass. OK, stop complaining and let’s see the menus. Sorry for my bad photographs btw 😛 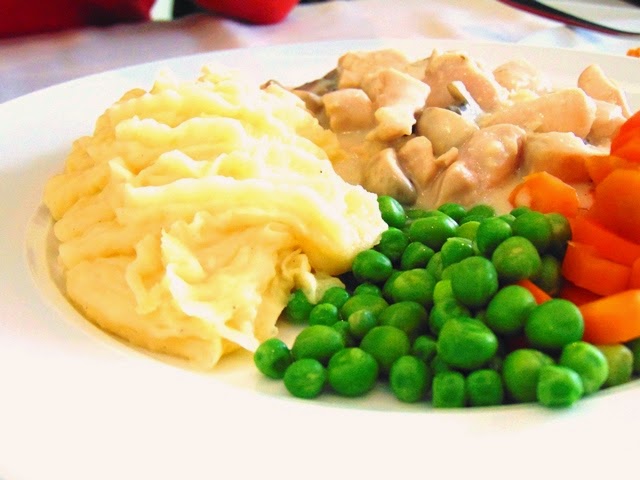 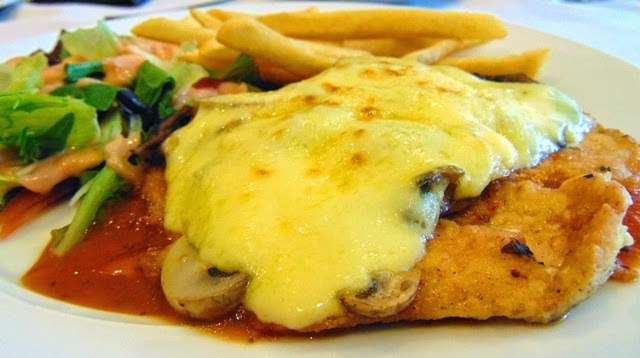 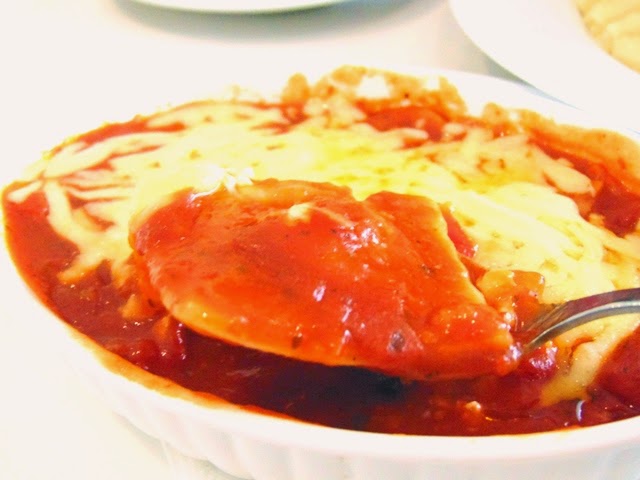 At evening, we said goodbye to Mae and her BF because they must continued for location hunting, but me, Winull, and Oin decided to enjoy some dessert and ngobrol-ngobrol cantik *don’t know how to translate it into English haha*. We went to Koloni108, a food court-slash-cafe-slash-fancy decoration store, still on the same area in Ciumbuleuit. The place it self is Old Indies home, with a touch of art deco and art noveau.
At first we sat at food court area, but then moved into the cafe named Pot and Pan because all we wan’t to do is eat dessert and gossiping. We ordered ice cream and tea and listened Oin story about her Haji experience. It was already late night *8 PM okay* and we suddenly became ‘cabe-cabean’ because there’s no angkot and we must ride one bike with three person until I found angkot near Simpang Siliwangi and felt totally ridiculous hahaha.
It was fun and I can’t wait for the next gathering, at karaoke place maybe? :))
x.o.x.o
Padma